In recent years, turkey has become the mainstay of festive feasts, but with diners increasingly wanting something different from what they’ll be cooking at home come the big day, the traditional roast turkey is no longer a given on restaurant menus

With the lines between casual and fine dining blurring, there’s never been a more interesting – or confusing – time for deciding on tableware. So we’re here to help. Let the lesson commence…

Them and US: Top chefs discuss American cuisine

If there’s one thing italian chef Massimo Bottura is never short of, it’s enthusiasm. so it says a lot about the current state of play in the european restaurant industry that he goes to america ‘to recharge his batteries’

When London nightclub mahiki opened in 2006, its bartenders had a tough job convincing punters they wanted to drink rum-based cocktails. Now more than 90% ask for rum, and they’re paying attention to brands

When Philip Leach heard that he could no longer serve duck breast pink, it was the final straw. He decided to close his restaurant, Slice, after “six glorious years” claiming Swansea council’s food-hygiene legislation had simply become too prohibitive.

When the financial crisis happened, we created a cocktail called Fuck the Subprime. It was cognac with Cristal champagne and it was S$65 (£30) for a fucking cocktail, but you had to order it in a group. We were full of people buying it, so we realised in times of stress, people still want to drink.

Keeping his foot on the pedal after the launches of Holborn Dining Room in February and upmarket chippie The Fish & Chip Shop last year, Des McDonald is back with yet another new restaurant. 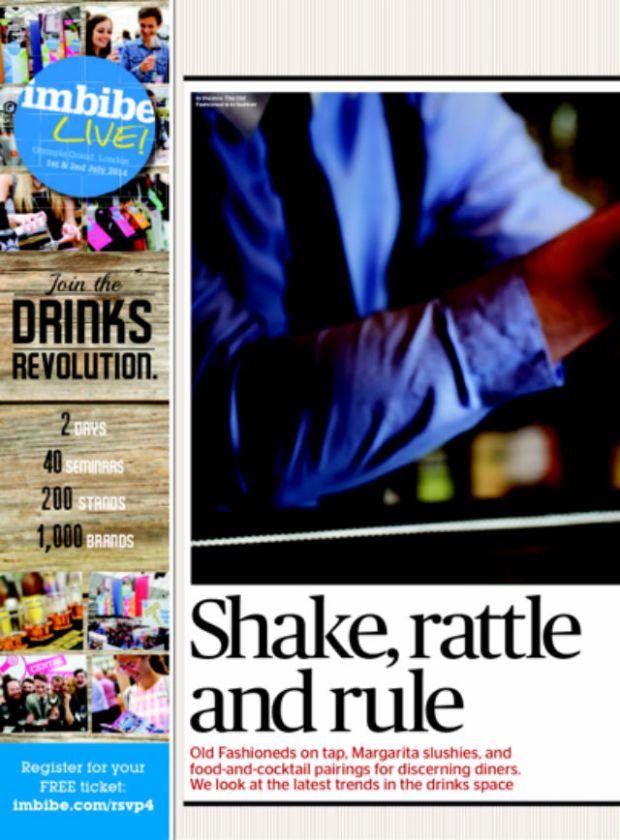 Sea kale is the forgotten vegetable – found in most large gardens in the 19th century, it is now produced at scale by just one UK grower and is unknown to most consumers.